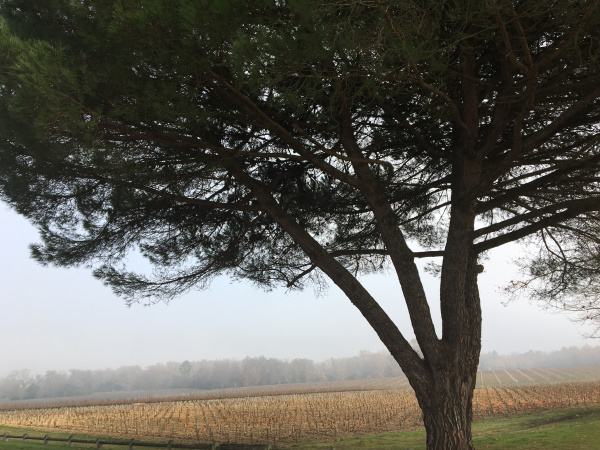 Established as a wine appellation in 1987, Pessac-Leognan was formerly referred to as Haut-Graves. This wine region sits just south of Bordeaux city. Actually, part of it is within the city.

I drove there in early December to visit the Portes Ouvertes, a delightful French tradition where dozens of wine châteaux in a given region pour free samples from 10.00 am to 6.00 pm on a Saturday and Sunday. In this case more than 40 wine chateaux in eight communes poured non-stop while streams of cars on exploration tours followed special countryside signposts.

The northern wine chateaux are within the periphery of Bordeaux city. Château Baret is a stately white stone architectural beauty with vineyards spreading out before—a sizable Renault dealership. This is a land of community swimming pools, warehouses, schools, offices and industrial zones. Only after you slip out of the town of Leognan further south does the countryside abruptly transform to swelling agricultural fields, forests and vineyards. The sight of this open space will make you exhale with relief.

The region is known for both red and white wines, though I found the whites exemplary (usually a blend of 5 to 55 percent Sauvignon Blanc; the balance being Semillon) while the reds (Cabernet Sauvignon and Merlot, primarily) were balanced and smooth but generally lacking zest or distinction. 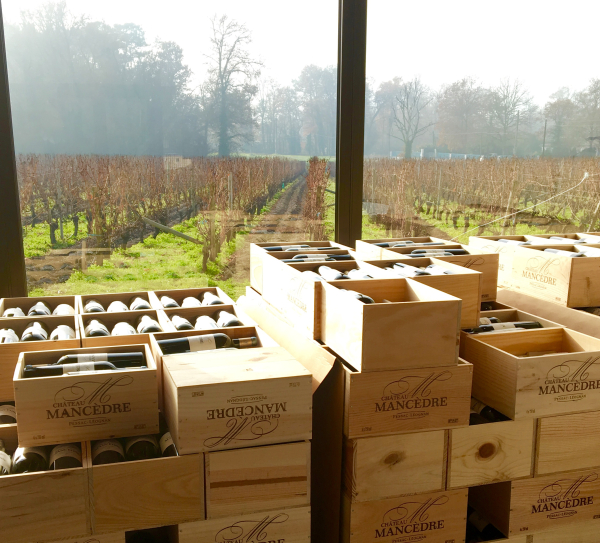 The range of variety is noticeable within Pessac Leognan—in terms of architecture, size of operations, quality and price. Some of it is similar to the Languedoc in southeast France where you can drive to adjacent wine producers and find large differences between the quality and cost of what they produce. I visited one large château oozing with wealth where scheduled bus tours arrived each hour. They served high-priced mediocre plonk and had difficulty identifying which grapes they had blended.

Yet the overall variety of this visiting experience was colorful and rich. The Bordeaux Hells Angels had parked outside Château Fieuzal to stop in for a taste, while Château Mancèdre included an exhibit of the winemaker’s photographs from rural Galway, Ireland. At Château Mirebeau the winemaker gave talks about biodynamics while at Château Eyrans groups of visitors were given barrel samples of Merlot and Sauvignon Blanc. Because the cold snap of winter arrived days ago, the fireplace in Le Ferran, surrounded by couches, was welcoming.

The below wines—ranked for value—are all white, good quality, and priced between $15 and $25 a bottle.

Work on the book The Winemakers’ Cooking Companion continues. We’re still cooking recipes, and this week spent time with graphic artist Lou Dorémus on the layout of pages. Elena Malgina is also focusing on publishing contacts. 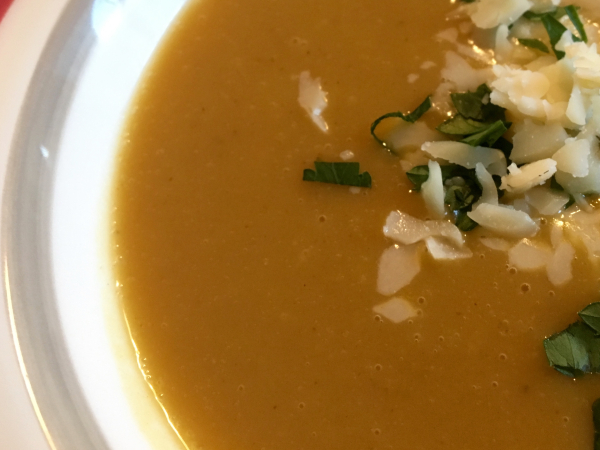 Here’s a recipe for pumpkin soup to ward off the chill of December. The aromas of these vegetables when they are frying is beautiful.

“Serve with garlic croutons, shredded cheese, and a few coriander leaves on top.”

Finally, you may want to check out my latest Forbes posts, which include one about the growing wine bar scene in Berlin, and coastal Cap-Ferret in southwest France.