About a year ago, during winter, I was driving away from the city of Bergerac, some 120 kilometers east of Bordeaux. Along this highway I said to myself – I need a sign of how to change life in the direction of destiny.

Suddenly there was this highway exit. I took it. I drove uphill, and there was this sprawling set of farmhouse buildings on the left. I said – bloated with destiny-inspired confidence: now – there will be a sign saying: ‘For Sale.’

So I pulled over and hopped a fence and scouted the grounds, and yes, the farmhouse needed rehab, but it had this stylin’ new swimming pool in the back, and three separate renovated adjacent structures – farmhouses – nearby. True, they were bought and occupied. But what about buying this set of buildings, transforming it into some sort of school, and eventually purchasing other buildings when the neighbors moved out? 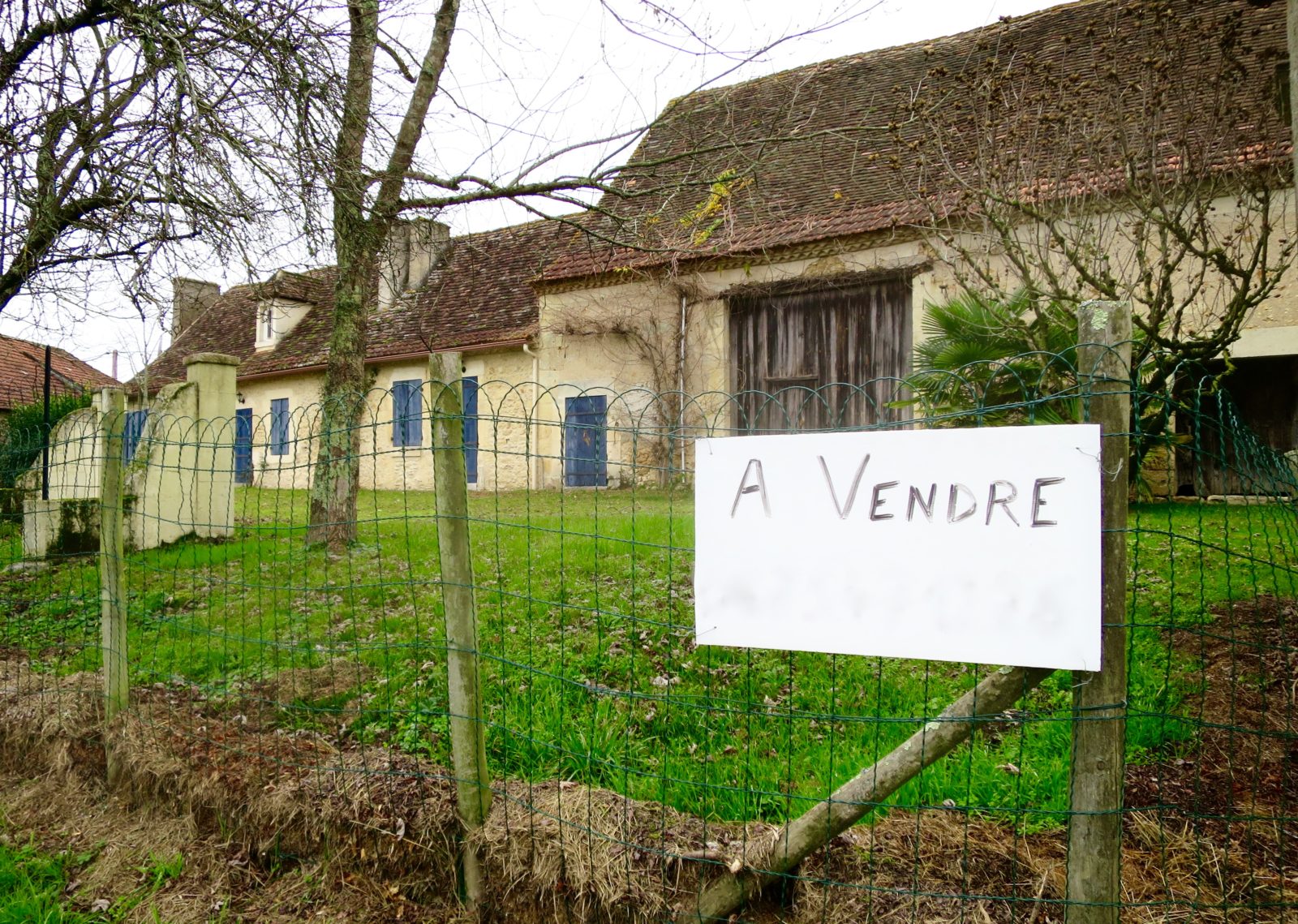 Check out the view: 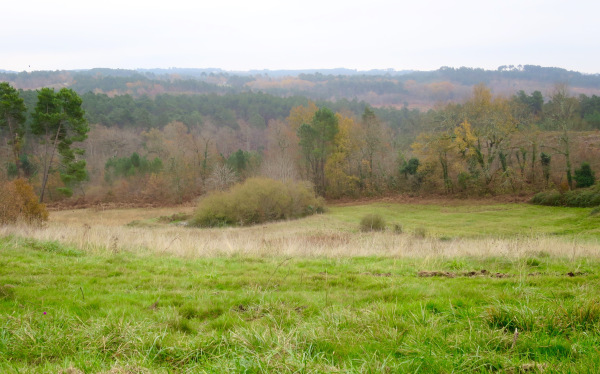 When I phoned, the sellers were out of town. But really, at that time I needed company and people, and not to be in the middle of the freezin’ ass countryside trying to figure out how to renovate barns without money or know-how or tools while bedding down on a pile of lice-infested hay in a sleeping bag with big dreams and no heating. And probably no food. (There would have been wine. Of course. I mean, this is France.)

Instead, I invested in a cosy apartment above a restaurant and a wine cellar and within shouting distance of a wonderful market, people, stores, vineyards, and a waterfront.

Who knows. Maybe that farm is still available.

The  French region of Aquitaine brims with magnificent history: in the 12th century, young and beautiful Eleanor of Aquitaine married both the kings of France and England in succession, crusaded to Jerusalem (where she apparently took a lover), and eventually gave birth to Richard the Lion Heart. For centuries the Aquitaine equates with agricultural wealth and free-thinking individuals.

This region includes the smaller departments of Gironde (think Bordeaux), Dordogne (think inexpensive castles being cleverly snapped up and purchased by Brits), Lot-et-Garonnne (think riverside beauty and peaceful acres lacking a decent airport), Landes (complete mystery, but on cursory research appears to include the heart-healthiest wines on this planet), and Pyrénées-Atlantiques (with chique turbo resorts catering to aficionados of mountain and ocean sports).

Within the Dordogne, I visited the city of Bergerac earlier this year, as told above. This city is roughly at the same latitude as the city of Bordeaux, but 140 kilometers east as the crow flies. It includes compelling architecture, twisting alleys with cafes, open squares, fountains, and pedestrian shopping malls that emulate those of Bordeaux city. There is also a waterfront along the Dordogne River (a tributary of the Gironde estuary which splits Bordeaux wine country brutally in two). Bergerac has an international airport with flights to the UK, Ireland, and north Africa, as well as adjoining countryside with spacious real estate less expensive that many other regions in France

I purchased eight bottles of Bergerac red wine for 75 Euros (81 US dollars). At eight bucks a bottle it was jammy and oaky, yet still better than wine that would have cost twice that much from a supermarket shelf in Michigan or California.

Like Bordeaux wines, blends from Bergerac include Cabernet Sauvignon, Cabernet Franc, Merlot, and sometimes Malbec (though no Petit Verdot). It’s livelier and less smooth than Bordeaux blends – but at that price – is a steal.

Which is good. Perhaps I’ll buy a case, a sleeping bag, and a sketch book to fill with drawings of how to renovate that farmhouse while pouring glasses of affordable Bergerac wine.

After all – destiny has no fixed timetable.

So, Happy Holidays. And Dream Big. When a voice calls, take the highway exit. Look around.

You may be surprised. And you can always say – perhaps later.

Wise Words From The Universe Of Wine

The Profession of Tasting Port in Porto, Portugal