First, my latest Forbes article on Lalande de Pomerol wines is here, and other Forbes recent pieces are here.

Next is a story about coming to live in France.

Here is how it began.

At the end of March of 2009, I took a break from studying in England and visited Bordeaux in France, where I rented a small Peugeot 200 car.

The first night I stayed at a bed and breakfast named the Jardin-du-Sequoia, or Sequoia Garden, on Rue St. Genes. It was so named because—oddly—there was a massive sequoia tree growing in the garden out back. I sat in the garden, opened a bottle of Saint-Emilion Château Milens red wine and sliced up cheese and a baguette before walking to the street corner where I found a bar named Nieux Amsterdam. Two energetic Dutch brothers ran this lively but offbeat jewel.

After many beers, people started dancing on tables.

Then the police raided the bar. Truly. They entered and blew a whistle. It was comical but alarming.

A lovely woman seated at the bar looked at me. She crooked her finger as an instruction to follow her, which I certainly did. We slipped out a side door with a few others.

Someone drove us to her apartment, where the party continued.

I got back to the rest house sometime after 4.00 am.

Though I lost touch with the woman, I am grateful she helped our escape from the Police Municipale!

The next day I drove to Sauternes and Saint-Émilion and then to some place I’d never heard of named Blaye—pronounced Blye.

The owner of the Villa Saint Simon Guest House, a South African named Les, sat me in the kitchen with his friend Frank, and opened a bottle of wine. I presumed these two men were a happy gay couple (turns out they were not) and we chatted. Another pop, another bottle. More chat. A retired lawyer and previous London restaurant owner, Les operated a winery tour business in this lesser known portion of Bordeaux known as Blaye.

The next day we squeezed into a Citroën deux chevaux car and visited a winemaking couple named Valerie and Jerome at their Château near the small village of Saint Palais and then ate a stellar lunch at a country restaurant (filled with animated locals) named Chez Olga.

Life was in full flow.

Before leaving the next day, I remembered I had to choose a project/thesis to complete my MBA course in England. Les had a nearby farm that grew kiwi fruit where he wanted to build an eco-village. I suggested that I prepare his marketing plan. He photocopied an architectural concept drawing and handed it over. He then said if I returned he would supply me more information and all the wine I could drink.

While other students studied financial derivatives and modeled statistical analyses of market fluctuations, I spent weekends that summer drinking Bordeaux red wine and asking people to fill out questionnaires about why they wanted to visit wine country and what they thought about building an eco-village.

For that thesis? I won a prize: ‘Most original.’

Sometimes you never know when folks will dance on tables or the police will raid or the woman will take you home or the deux chevaux will cart you off for an amazing spin with colorful characters in an unknown countryside with superb, affordable wine and unexpectedly ambient local restaurants while a fresh breeze slaps your smiling face and reminds you to wake up and appreciate the moment!

So much fun that I visited a few more times, then bought an apartment and moved here.

Next, our own 2015 Etalon Rouge wine has been bottled and labeled.

It’s a winner. Well made, well blended. Friends from the U.K, Luxembourg and Colorado have already placed their orders. Thank you! 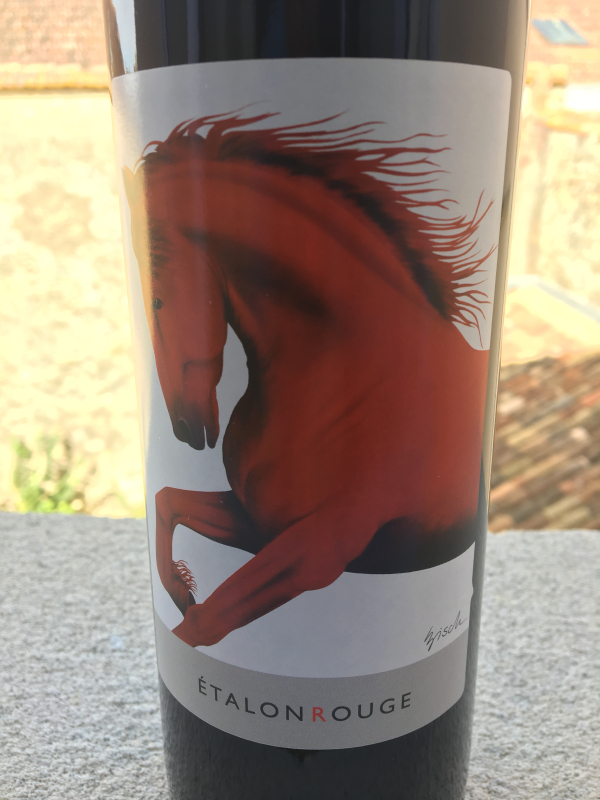 Thanks to Wine Social for choosing my book Vino Voices as their book of the week. I am flattered and appreciative….merci beaucoup! 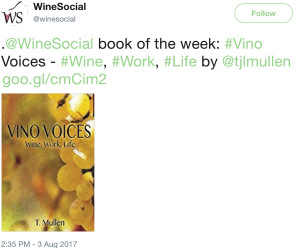 Thanks again for checking in.

Precious Does Not Have To Be Expensive – With Wine, Travel Or Food

Moving on from Davis?