The Salon des Vignerons Indépendents is a three-day event held each year on the outskirts of Bordeaux city. Similar events are held in Paris and Lyon. Visiting any provides not only an education in wine, but in culture, geography, and – unexpectedly – the bonds of family.

This year it was held on the first days of this month – April. About 300 French winemakers/producers attended, each occupying a booth in the spacious Parc de Exhibitions, and each eager to sell their wares directly to consumers.

There are as many as 10,000 members of this organization in France, who use the association as a vehicle to maintain autonomy from larger cooperatives. Members have to make and bottle wine themselves from their own vineyards. The organization is based in Paris, and hosts events to draw winemakers together.

After taking a tram to the outskirts of the city, getting lost, and asking curious bikers at the Aquitaine Tattoo Festival how to correct course, I spent an afternoon at the salon, sipping wines from all over France, and speaking with congenial, inquisitive, entrepreneurial individuals. 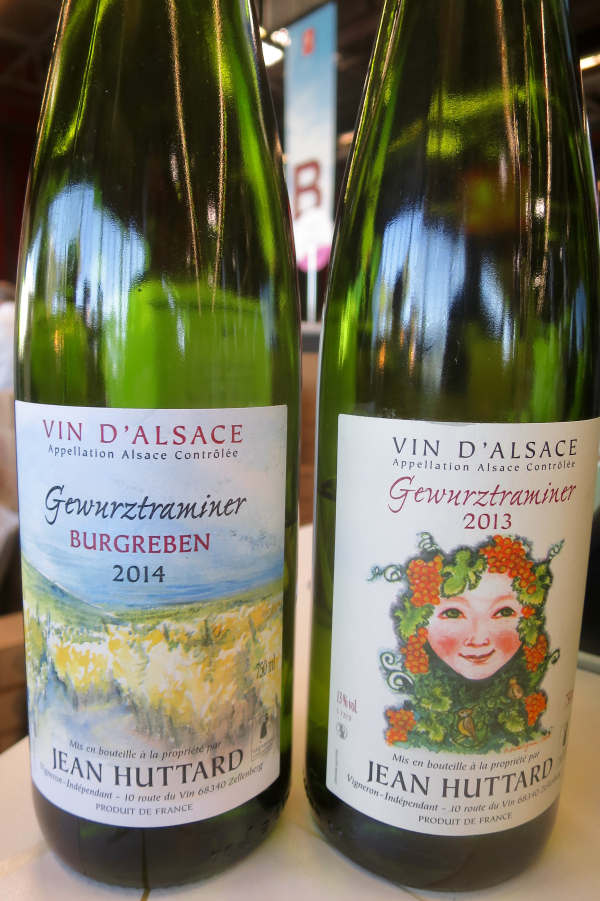 The tastes were full and varied: a 100 percent Pinot Meunier bubbly from Champagne, samples of pure Viognier and Syrah from the Rhone Valley, smooth Burgundian Chardonnay, crisp Gewürtztraminer and Riesling from Alsace, full Vermentino from Saint Chinian in the Languedoc, round Merlot from Cadillac, and tannic Gaillac from north of Toulouse. And that was just before lunch.

The diversity of cultures, geography, cuisines, and demeanors from within the boundaries of France is eye-opening. Within this salon gathered individuals who often live only dozens of kilometers from neighboring regions where the climate, topography, lifestyle, food, and wine differ remarkably. The beauty of this event is that it highlights the lack of homogeneity, and constant surprises, related to wines produced in France. 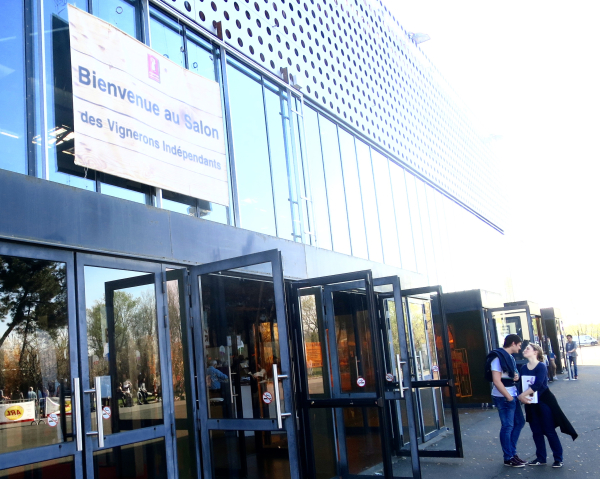 Men, women, and children pushed trolleys filled with purchased wine down hallways, ate lunch sandwiches at their stalls (I found a plate of charcuterie, followed by espresso, at an indoor café), and by mid-afternoon the halls bustled with throngs eager for a thrilling taste, a pleasurable buzz, a decent deal.

After writing about VinExpo in Bordeaux last year, I was criticized for publishing only photos of lovely women on my blog. Where were the handsome men, one female winemaker asked me. This time I include photos of male winemakers (though the number of women winemakers I met was still large, and all were bright and impressive).

There is only so much wine that can be tasted, so I chose to wander to booths that represented vastly different types of wines. Some I would recommend include:

One beauty of Bordeaux city is the ease (after you park your vehicle) of getting around – by foot, tram, or bus, and the variety of city niches close to each other that are still not crammed or crowded: ancient squares, awe-inspiring cathedrals, modern stores, a lengthy waterfront, parks, a zoo, and ample museums and exhibition halls. After hours at this event I hopped (stumbled?) onto a sleek tram and zoomed back to dinner in the city. 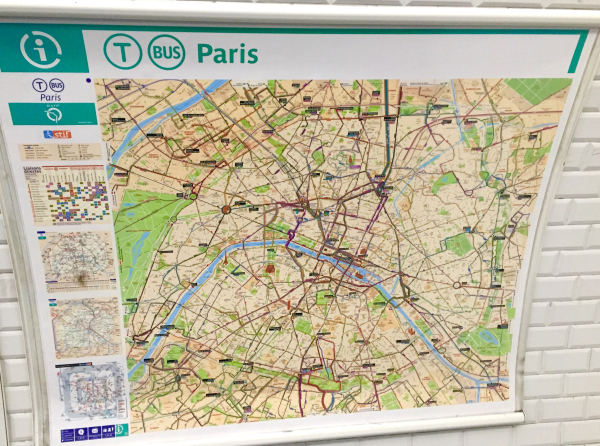 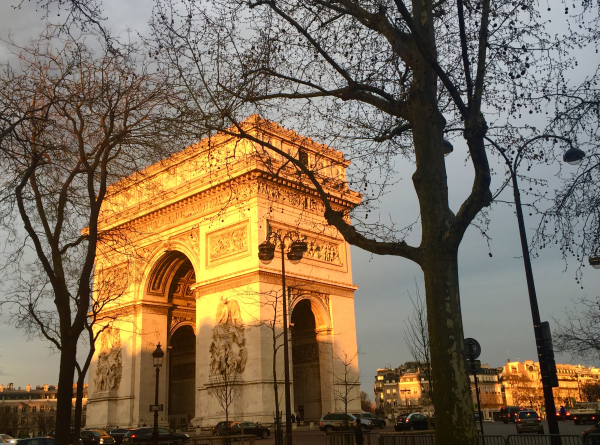 My trip was to the US embassy to have some papers signed. However, friends from Château La Rose Bellevue invited me to an afternoon set of wine tastings within the sumptuous 5 star Peninsula Hotel near the Arc de Triomphe. This was hosted by Nicolas Rebut of Lac Wine Consulting. 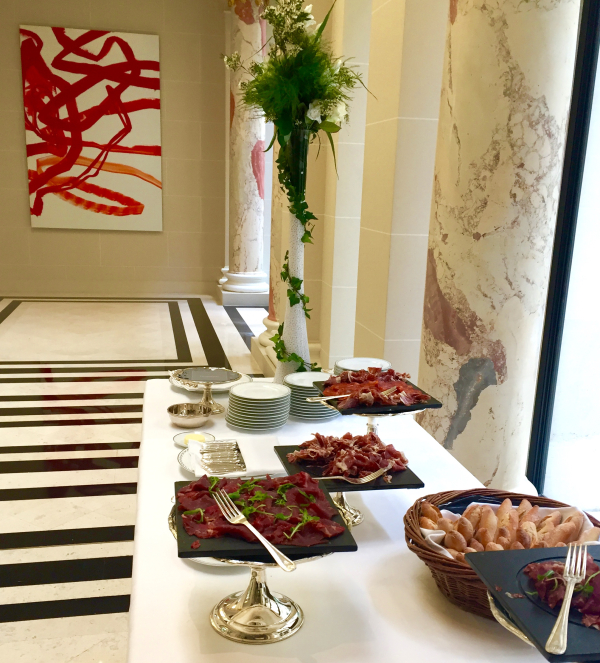 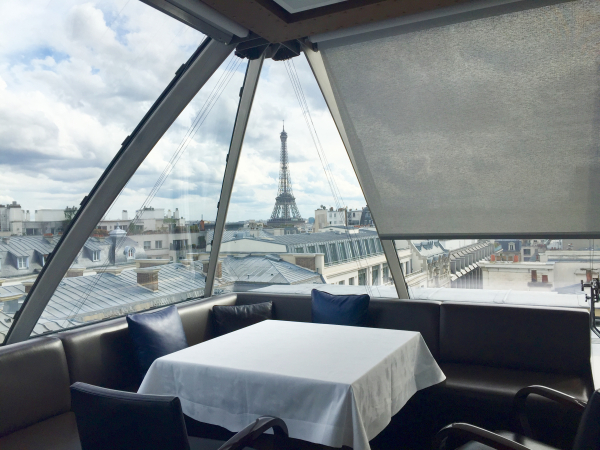 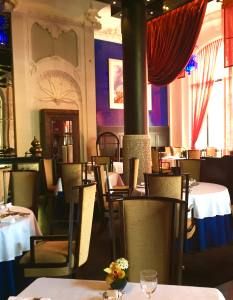 Other wines of mention include –

Vins de Bugey – Cerdon. Sparkling rosé from near the Jura mountains made from Gamay and Poulsard grapes.

The Secret (100 percent Merlot) from Château La Rose Bellevue in Bordeaux. I’ve been drinking The Secret for years with pleasure.

Domaine Gavoty – Provence rosé, including that made from 100 percent rolle (or Vermentino).

I was invited to the winemakers’ after-event dinner party at the restaurant Neva Cuisine. Unable to locate a metro station, I spent a pleasant half hour walking through back alleys to get there. Here, wine from unconsumed bottles from the event flowed as courses were served.

Again, I expected to be dismayed by Paris during this visit – thinking it would now be too large a city to feel comfortable in after living in the countryside; thinking that the individual character of neighborhoods would have been subsumed into a more homogenous culture of shopping and convenience. But, no. Paris still beguiles, charms, and surprises. On a sunny spring afternoon when you have free time and no schedule? The possibilities are endless. This is a universe as much as a city. And when winemakers from throughout France funnel in, they expand the mindset and taste of this universe – so that it keeps looking outward, rather than in.

Once again – thanks to the tastings, vignerons of France: a la votre santé.