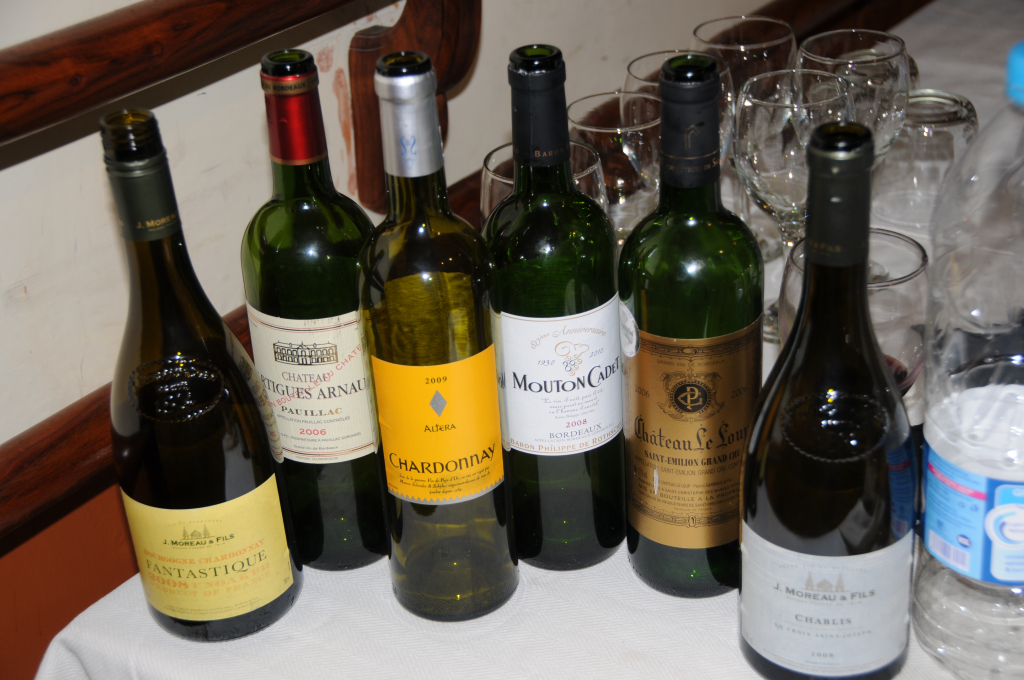 To launch the book Vino Expressions, a group of us gathered at Club 21 Restaurant in the French Club in Islamabad and enjoyed a ‘blind’ wine tasting.

All wines were French.  We first tasted three Chardonnays – two from Burgundy and one from the Languedoc.  After that we tasted three reds, all from Bordeaux.

And the Bordeaux included:

For the whites, our highest average score (although only 6.2 out of 10) was for the Altera Chardonnay, which also happened to be the least expensive (1,250 Pakistani Rupees, or about $14.50 a bottle).
Technically, this was not a ‘vertical’ tasting (where the same varietals from different years are tested), or a ‘horizontal’  tasting (where wines from the same year, or vintage, but different estates are tasted).  It was sort of a ‘diagonal’ tasting.  But, hey, we’re in Islamabad.  We do the best we can.
For the reds, the highest average score (8.3 out of 10) was for the Chateau Le Loup Saint-Emilion, which was middle priced of the three reds for 2550 Pakistani Rupees (about $30 a bottle).  The Artigus Arnaud had an average score of 6.3 out of ten, although it costs 4300 Pakistani Rupees a bottle ($50 a bottle).
The two hour tasting ended up lasting about five hours, which seemed like a sort of civilized and appropriately French way to spend the evening.