Recent travels have impacted the timing of this blog (including this post). My father, a graduate of the University of Notre Dame, received their alumni magazine. He laughed when he told me that each issue had ‘published occasionally’ printed inside. It’s the same with this Vino Voices web log. I try to get a post out every second Tuesday, but sometimes it’s on a third Tuesday. Or a Thursday. Or, like today, Monday.

Now, onto some exceptionally delicious wine…

The Port and Douro Wines Institute (Instituto dos Vinhos do Douro e do Porto) is a magnificent and stately old structure on a hillside in the city of Porto, Portugal. Unsurprisingly, this decadent building was once was a bank. During a recent visit, I expected to be bombarded with a slew of port making jargon and discussions of technique, but was fascinated to learn that, because port wine historically had some problems of being tainted with additives, a group of official ‘tasters’ within the building now sample thousands of wines per year, testing each for quality.

This position as a ‘taster’ is respected, and even after one year of training, a taster is re-tested four times annually. There are some 13 tasters, who each sample about 5,000 wines per year. Profiles of tasting prowess for each individual are kept and matched against others, and any slippage in ability is noted. These tend to happen when tasters are going through a difficult emotional period—such as a divorce—at which time they will be asked to stop tasting temporarily, and, say, inspect vines instead.

Each working day, members of the institute visit six randomly selected port production houses within Porto (and ten per week in the more distant region of Douro) to make sure they are bottling their wines properly, and also to take samples. Samples are covered in plastic bags so tasters can’t identify them. Additionally, readouts on the quantity of wines produced are matched against quantities of grapes picked to check that no additives are included to bulk up volume.

Each port wine is sampled by seven tasters. If the majority accepts it, it passes. If four reject it, it gets re-tasted.

Several grapes are used to make port wine, including Trousseau, or ‘Bastardo’ (you have to love that name) as well as varieties of Touriga.

“Touriga Franca is more angular in the mouth than Touriga Nacional, which is quite balanced,” said Bento Amaral, Director of Technical Services and Certification.

Because it is a public institute, results are reported to the Ministry of Agriculture.

The wine region named ‘Porto and Douro’ is exactly that—composed of two separate regions. Porto is on the western, Atlantic coast while inland Douro stretches from mid-country to the eastern border. Douro produces grapes, while Porto processes and ships wine. They are connected by the Porto River. Inland Douro is mountainous and gorgeous, underlain by greywacke/schist and dotted with granite outcrops. Its three regions (Baixo Corgo, Alto Corgo and Douro Superior) include high mountains and deep valleys that protect grapes from wind. This land is also bathed in buckets of rainfall—47 inches (1200 mm) a year. The 965 square miles of this region (250,000 hectares) include 126 grape varieties, many of which have been used to produce wine for centuries, and 25,000 growers who each tend their own estates—quintas—that are on average each about 4 acres (1.7 hectares) in size.

To be labeled ‘port,’ wine must be fortified (which means that a spirit, brandy, is added) and made from grapes produced within the vineyards of Douro. Port can be white, rosé, Ruby or Tawny and is quite the sexy yet subdued drink—more likely to be mellowly quaffed in an oak library than to be guzzled at some spring music fest. That’s because the alcohol content is usually between 19 and 22 percent, making this wine sweet and rich. Port is also a blend—made from more than one grape.

We tasted Colheita—a single vintage tawny port-which was as sweet as Sauternes, as well as a paler and more delicate 20 year old Sandeman port. We then tasted a Valentina Vintage 2015, which will be able to last for centuries. ‘A vintage port must be full bodied in the middle palate so they will age well,’ Bento said. The years 2003, 2007 and 2011 are declared ‘vintage’ years for Port, a decision made when 60 percent of the port houses deem it so.

Port is eminently part of the cultural and financial identity of Portugal. There was a time when 50 percent of the country’s exports were port wine—often destined for colonies of the Portuguese Empire such as Brazil, Angola and Mozambique. Heck, it was tax money from wine sales that built the bridges and water supply systems and higher education structures within the city of Porto. Inland, gorgeous Douro became the first ‘demarcated and regulated winemaking region in the world (1756),’ according to a tidy little volume (with a port-colored cover) issued by the institute with the breezingly reassuring title of Port—Celebrating Life. Porto’s historic center became a UNESCO World Heritage site in 1996, while the same status was given the winemaking region of Douro in 2001. 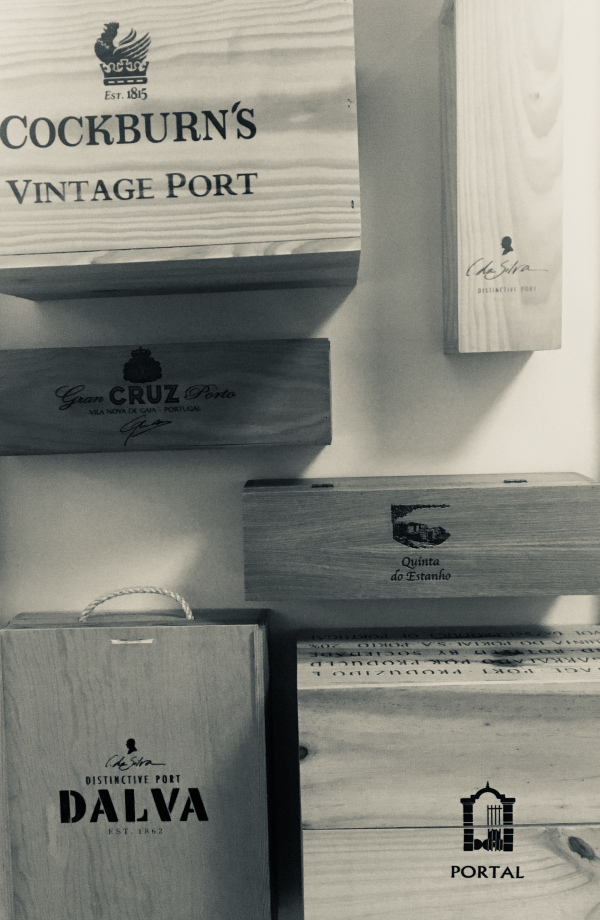 After decades of aging, corks in port bottles can, because of the sugar content, become effectively glued to the glass. This can make the process of opening particularly old bottles potentially messy. The solution is both effective and theatrical: hot metal tongs are used to heat the glass bottleneck, which is then brushed with ice water to fracture the glass.

Since I visited eight years ago, Porto has changed dramatically. It’s more vibrant and alive. Restaurants and wine bars and hotels have geared up—tastefully—for visitors. This hilly and casual city on the water is a prime springboard for visiting Portugal’s countryside.

My latest Forbes pieces are here – and include the state of the U.S. wine industry, cork production and an around the world sailboat race.

A Book and a Bottle