First, the big news is that devastating frost severely impacted grapes across not only France, but throughout many countries in Europe. Between 50 and 100 percent of many vines were knocked out. I wrote a brief piece about this tragedy for Forbes, which is here.

Another Forbes piece regarding a strategy for visiting Paris is here. 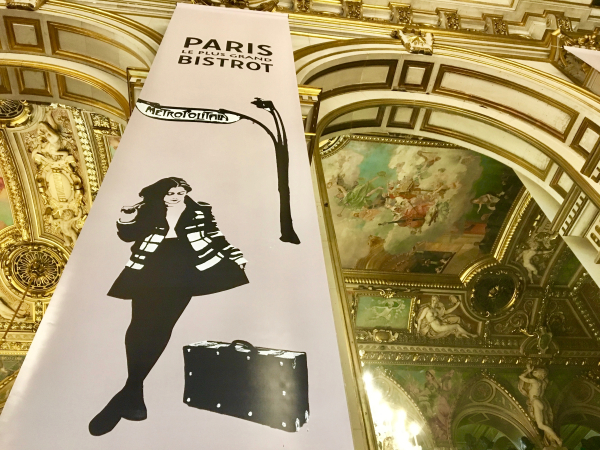 But weather aside, a two-day trip to Paris last week highlighted how the charm of this city is inversely proportional to the amount you must drive, while directly related to how much you can walk the streets.

A real buzz of this visit was when the mayor of Paris—Anne Hidalgo—spent a morning presenting awards to 100 chefs within the city within the seriously opulent Hotel de Ville (city hall) building, the size of a city block with stain glass windows, decadent chandeliers and ornate ceiling tapestries. You are thinking Parisian chefs and French cuisine? Au contraire—not so. 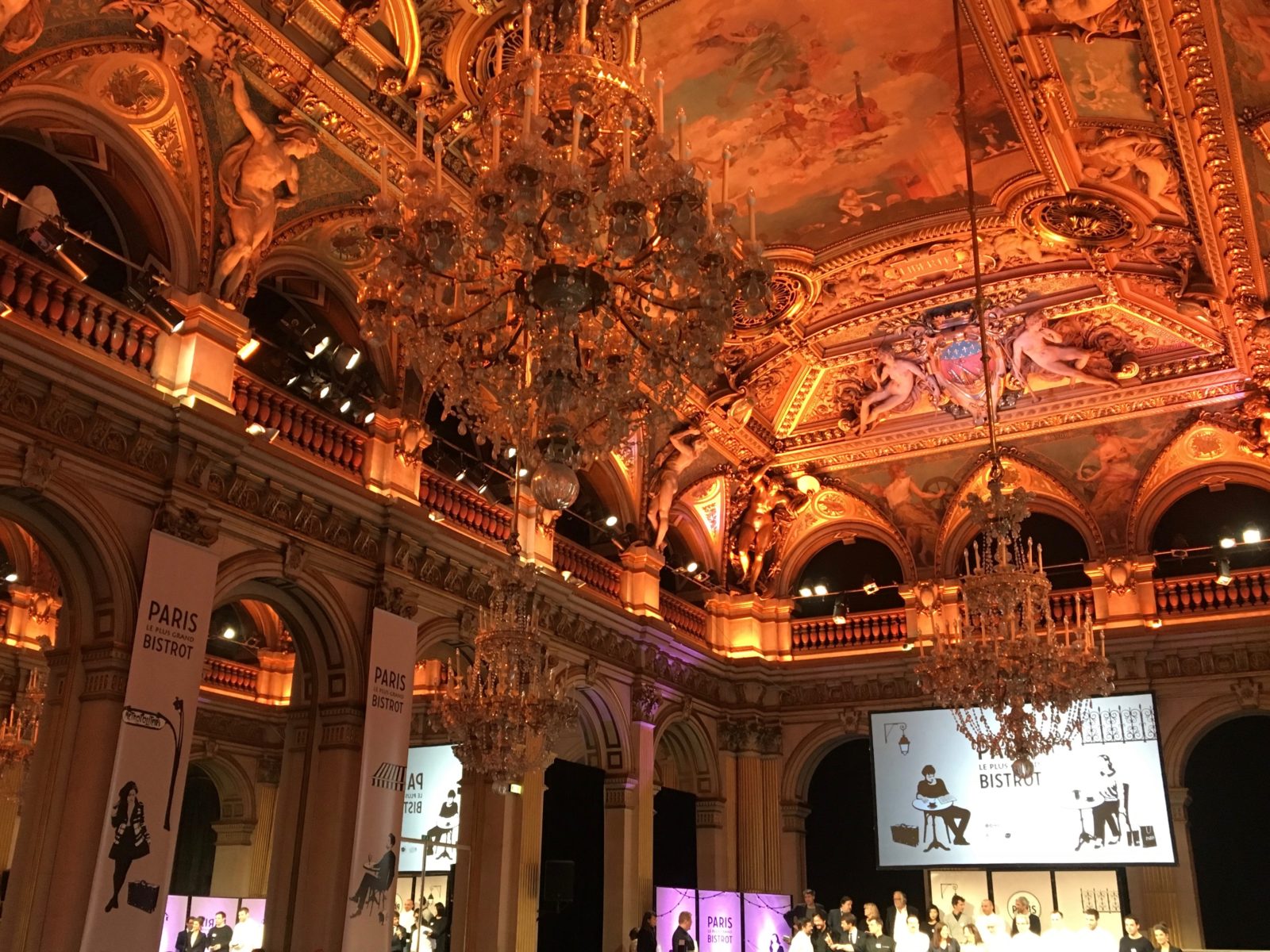 The awards targeted chefs of every nationality and ethnic background, as long as their eateries (regardless the size) measured up to metrics that included affordability, use of locally sourced ingredients and (of course!) diversity in the wine list. Bistros and restaurants awarded included Les Cartes Postales, which has provided Japanese elegance in cuisine for 39 years; Yard: a British chef highlighting his produce in a New York style warehouse; Noste – where a young Basque man spit-roasts beef; Korean ‘melting pot’ cuisine at Pierre Sang; Mexican cuisine from Coretta; Tempero, a restaurant fusing French, Brazilian and Vietnamese cuisine, and Amarante—with ‘faultless French cuisine’ that includes ‘good fat—generous and rare’ (according to those who hosted the ceremony). Awards were also given to cuisine from diverse parts of France, including Brittany, Normandy, Touraine and Auvergne.

This was soon proved when, after the awards, we attended a buffet that included beef Bourguignon, cassoulet, creme caramel and rice pudding. Excellent food.

Coincidentally, I recently wrote a book review about the new Paris food, wine and culture scene for Forbes. 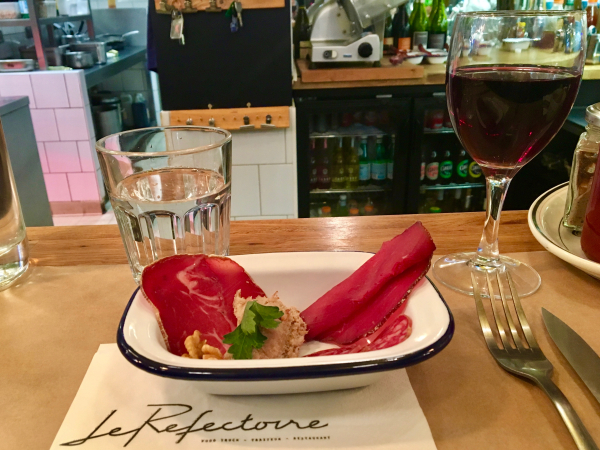 Elsewhere in Paris, at the little bistro named Le Refectoire—an excellent lunch was matched with an easy drinking, light and fruity wine: a Pic Saint Loup from Château Valflaunès in the Languedoc. This is a blend of Grenache, Syrah and Mourvedre grapes. Pic Saint Loup wine is produced from grapes grown around a mountain massif of the same name in the south-east of France. 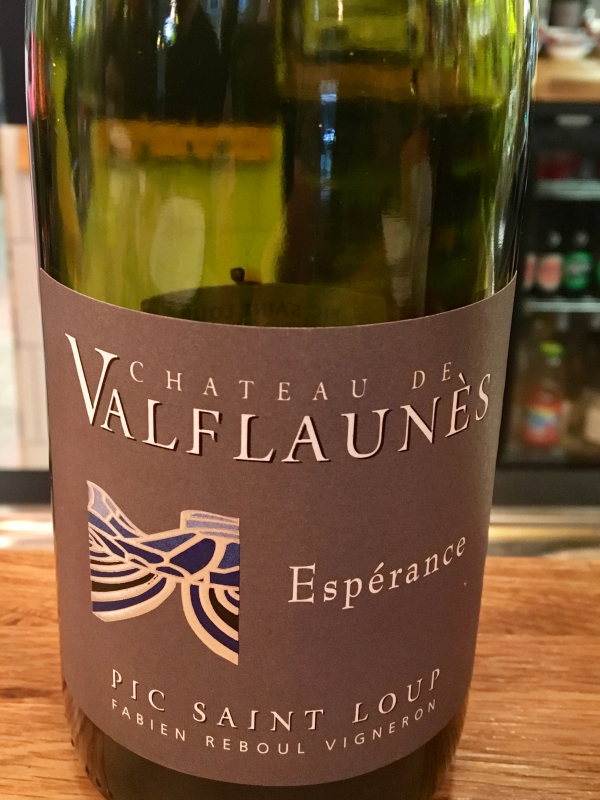 At a cooking class at L’Atelier des Sens (the workshop of senses) a group of us made eclairs, with a bit less efficiency than the chef. 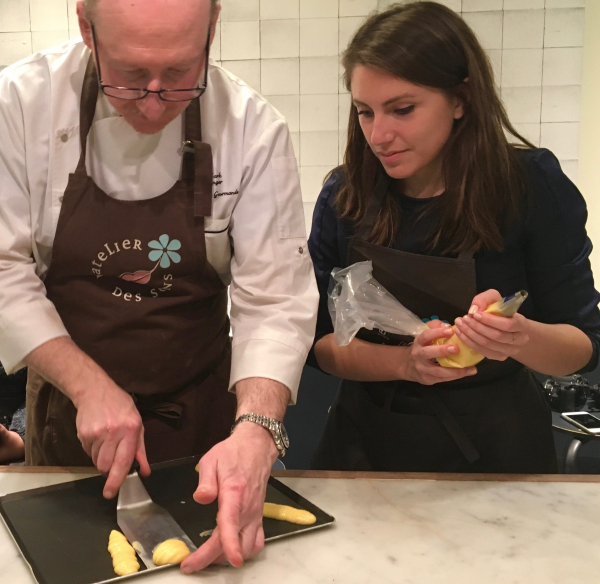 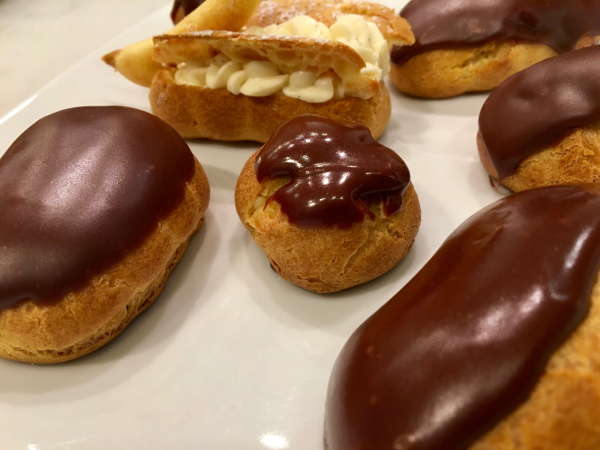 At the restaurant Anicia (named after the mountain of that name in the Auvergne region of France) the chef matched filet of dorado fish and parsley butter with a Loire Valley white wine from the Cheverny appellation. Beautiful 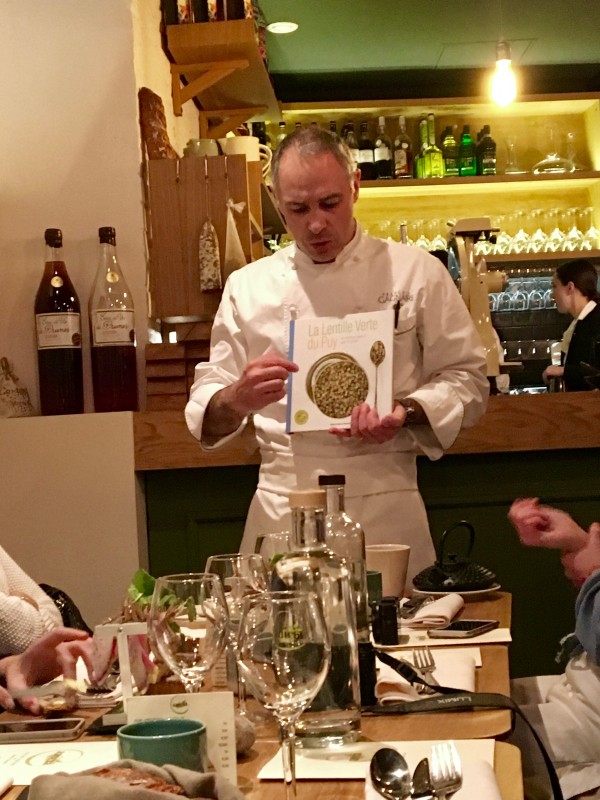 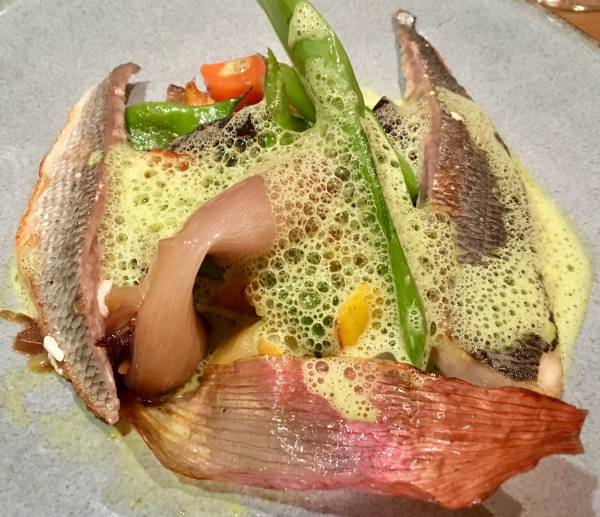 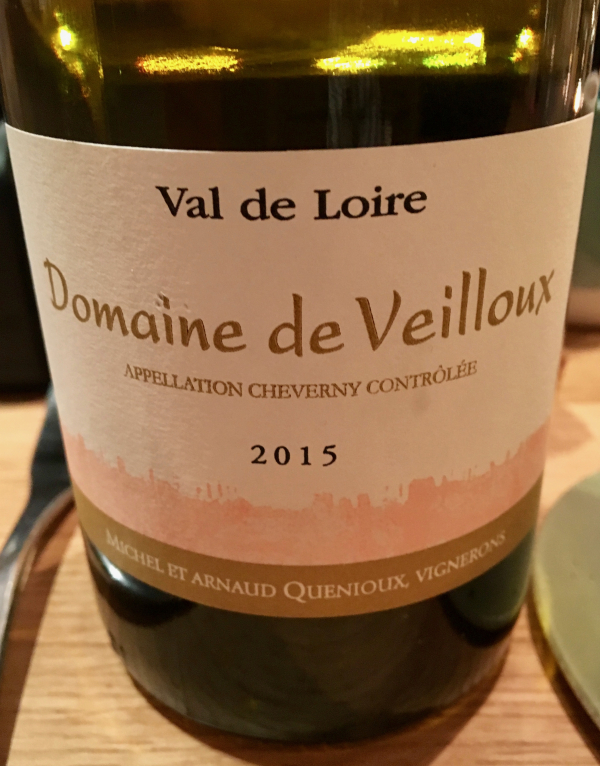 The gist of the this food and wine fest was to highlight the truth that ‘Parisian cuisine’ has altered form in the past decade. No longer are restaurants over-priced and somewhat stuffy bastions of Michelin starred exclusivity. The economic crisis shifted that paradigm, and affordable, top quality, no frill restaurants and bistros (embracing the ‘bistronomy’ movement that was first kick started by a rebellious Parisian chef 25 years ago) are legion in this ever-changing city on the Seine.

And if wine is not enough for you? There are cocktails galore… 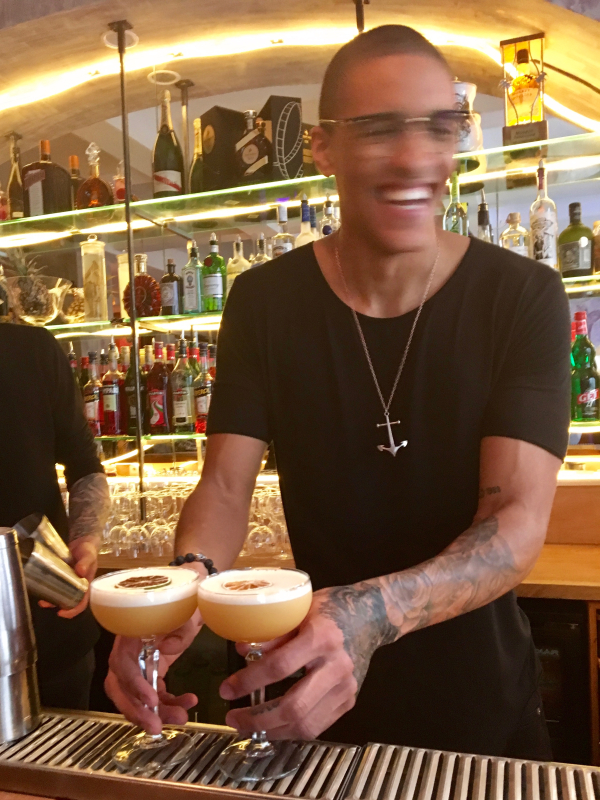 I always suspect that the romantic Paris of the past will have vanished by the next time I visit…yet it never does. The city always reinvents itself in a way that maintains pride in how it fuses art with food, and blends live music with intimately small but comfortable locales. The new proliferation of international cuisine and affordable food in unadorned venues helps keeps the unpredictable and always surprising pulse of this city beating with gusto.

Powering By Foot Around Poitiers