I live and work in an Asian country where the population’s religion is predominantly Islam. I drink within a diplomatic enclave at a restaurant associated with the French embassy. The waiters (all are male) have become friends over time. They pass me a wine list soon after I enter. Because none drink alcohol, they are unable to recommend new wines on the list, but only tell how each sells compared to others. 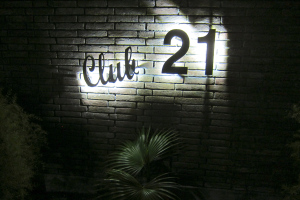 For four years, this little walled-in enclave with decent wine and food have helped make the experience of living in this foreign land not unenjoyable. By ‘enclave’ I mean it. You pass through multiple road blocks and pat downs to enter. Why? Security. Consider recent events in this nation: 45 people were killed last week in a suicide bombing at the Wagha Border; days ago, a Christian couple (parents of three children) were bludgeoned by neighbors, strapped to a tractor and hauled around dirt roads, then finally shoved alive into a brick kiln to be incinerated by rural neighbors in Punaj Province. The reason? They reportedly (and this is questionable) criticized another religion. So far this year, 160 women (and those are only the known victims) were doused with acid and disfigured by men intent on ruining their beauty for diverse, ludicrous, reasons.

The wine list here is chosen by a young Frenchman (Jean Jacques) with an excellent sense of taste and value. He also added maps of wine regions, and lists of typical grapes from each.

There are other diplomatic restaurants/bars/clubs nearby: Canadian, Australian, British, American. Due to security, it can be challenging and difficult to gain entrance to most. Also, other wine lists are often inferior in terms of quality. This remark is not snobbish – but true. By inferior I mean many other wines are fruit bombs lacking character or complexity. It’s like watching a movie heavy on action and thin on plot or acting. Think of watching Casablanca. Why does it remain classic? There’s an intriguing plot set in a semi-exotic locale with excellent acting by Humphrey Bogart. You’re entertained because of quality and originality at many levels.

It’s the same with wine.

The wine list at this restaurant is not extensive, but includes decent Bordeauxs (with bottles from St. Estephe, Pauillac, St. Emillion, and well as good quality bargains from Blaye and Bourg). There are often Rhones, at least one white Burgundy, as well as an Alsace, Mosel, or Rhine Riesling.

I love to visit this restaurant, because the guests are from diverse international backgrounds – Norwegian, Moroccan, French, American, and dozens of other nationals. Because of constant job turnover, the faces change over the space of months, not years.

Last weekend I spent time with three friends – Claudio from Argentina (but with a Spanish passport and a home in Portugal), Alfred from Sierra Leone (just back from a visit to Uganda), Steve from Australia (now owning a home in Malaysia with his Japanese wife).

Here, we leave work behind, appreciate the truth that violence is not destined to rule the planet, and appreciate that a good way to break down potential animosities is by sharing time and meals with people from different backgrounds. Here, we enjoy the company of good friends, decent food, varied wine, fresh stories, and different opinions.

In a few weeks I shall leave this country. I cannot begin to describe how wonderful it has been to work with local staff – polite, courteous, hard-working, and generous people. Yet, for legal reasons related to religion – they are not allowed within the walls of our favored social venue here in the capital city.

Tolerance is born with dialog, and dialog can begin by sharing food and ideas in the company of diversity.

Farewell to you and your wonderful staff, Club 21. Au revoir.