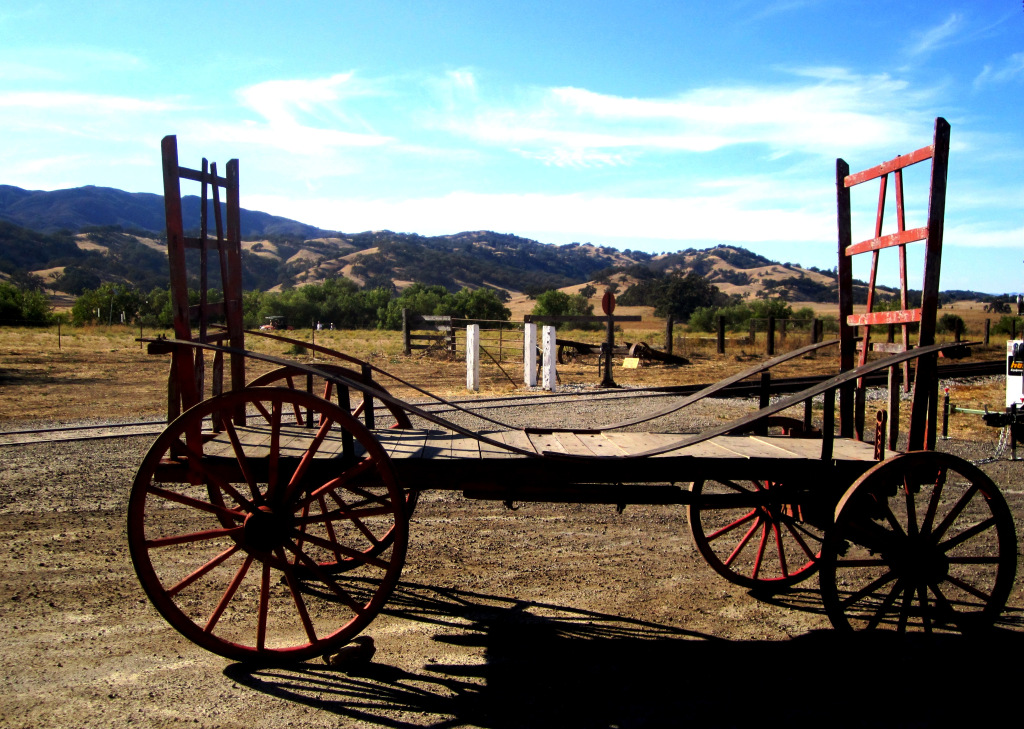 In early October, Sunset Magazine hosted an event at the Santa Margarita Ranch outside of San Luis Obispo, California.  Titled Savor the Central Coast, the event highlighted food and wines from that region.  I managed to attend two wine tastings.  These involved more than just tipping back glasses and sampling local vintages.   For each tasting, a panel of individuals sat before a tent filled with thirsty tasters and told them about each wine.

For the panel titled Central Coast Syrah, the panel revealed unusual truths about the grape.  First, Austin Hope (of Austin Hope Winery, which produces a wine called Troublemaker) blamed the Australians for the fact that Syrah has not taken off in the American wine market.  After all, they call the grape Shiraz instead of Syrah, which surely confuses Americans.  When he made this comment, Austin addressed it to the panelist named Fintan du Fresne.  Fintan, slightly exasperated, took the microphone to remind Austin that he is from New Zealand, not Australia.

Austin Hope spilled his love and enthusiasm for Syrah.  The first words on his web page (http://www.austinhope.com/home.htm), after all, tell how one of their goals is “…to make the best Syrah in California.”

“You can grow Syrah in a cool climate and it’s just cool.  Peppery.  The grape can be expressive yet elegant.  Like an iron fist in a velvet glove.  It’s an amazing variety.  It’s the king of grapes.  It’ll show you some smoke and chocolate.  It’s the most diverse variety, the most exciting variety, and you can do so much with it.  I think the case has been built.  We [Paso Robles] are the best region for this grape.”

Continuing with blasts of honesty, Austin said, “No one wants to age a wine.  It’s an instant gratification country and everyone wants to drink their wine today.” 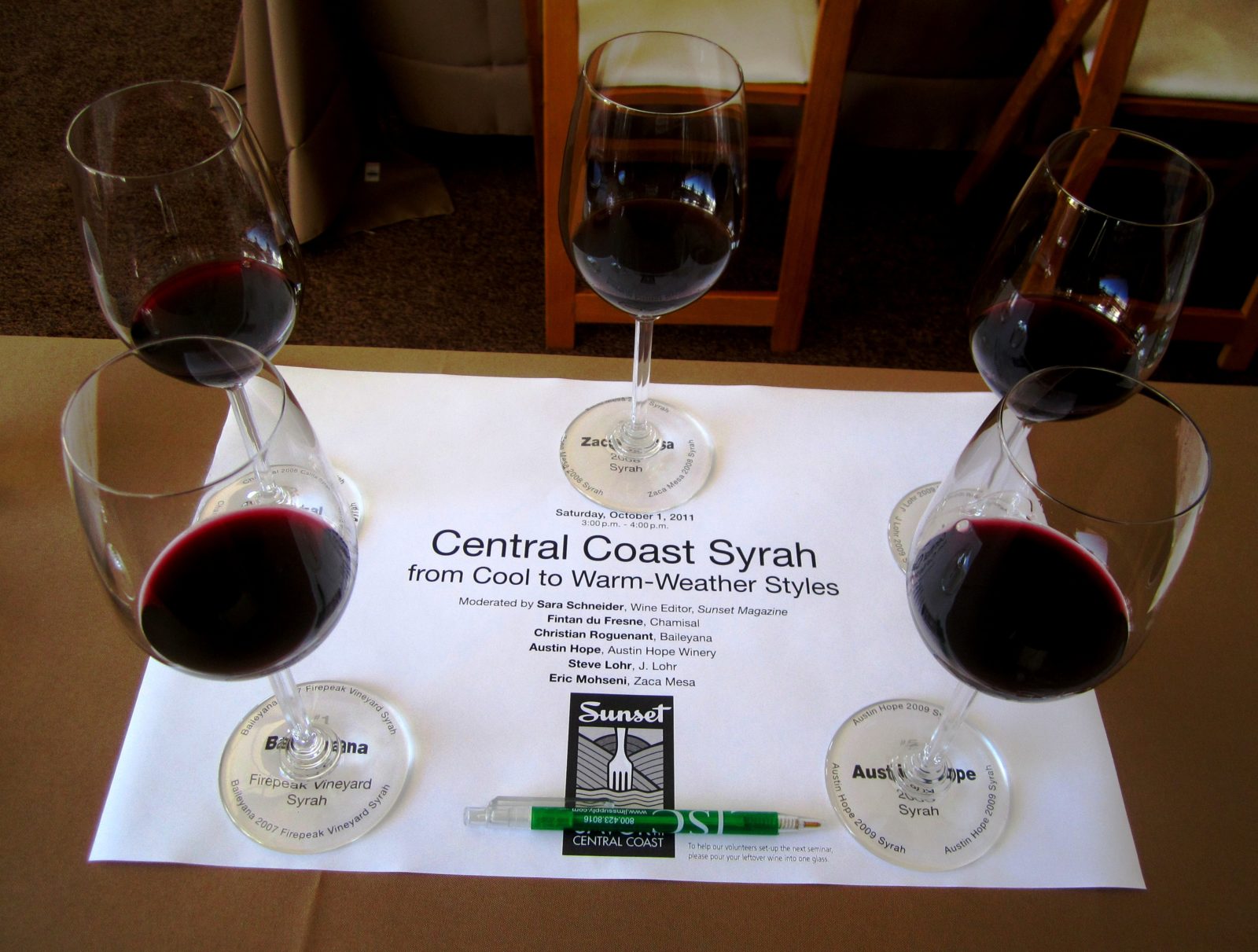 At the time of this event I was traveling through California on vacation.  Days earlier I switched on a motel TV to see a piece on the Today Show about red wines.  They happened to show Austin’s Troublemaker (http://www.jamessuckling.com/my-blog-jessica-on-the-today-show.html).  [They also showcased a red made from the Okuzgozu grape from Turkey….remember I recommended that on my July 25th entry after visiting Turkey?  Yummy.  It swims all over your taste buds.]

The winemaker J Lohr then shared impressions about Syrah.

“The beauty of Syrah is it expresses itself in all climates.  It’s an optimistic variety.  The principal grape of the Rhone is Syrah, which does well in Paso Robles.  Lots of blueberry, Santa Rosa plum, not pepper, but black tea – which is unique to Syrah.  Nice soft and supple tannins.  Paso gives these wonderful tannins, due to differences in temperature between day and night – the diurnal temperature swings, which in Paso are the largest in North American vineyards.”

Christian Roguenant of Baileyana wines then told us that Syrah is just a bargain.  “If you want to drink very good wine at not a lot of cost, this is the one to drink.”

“Syrah puts you through a roller coaster.  In making wine, it kind of wants to be left alone.  An oak barrel?  For me it’s the spice rack. Cool climate Syrah?  Definitely gets more herbs of Provence and lavender.  Definitely more feminine.  Pretty amazing when you add Viognier to Syrah.” 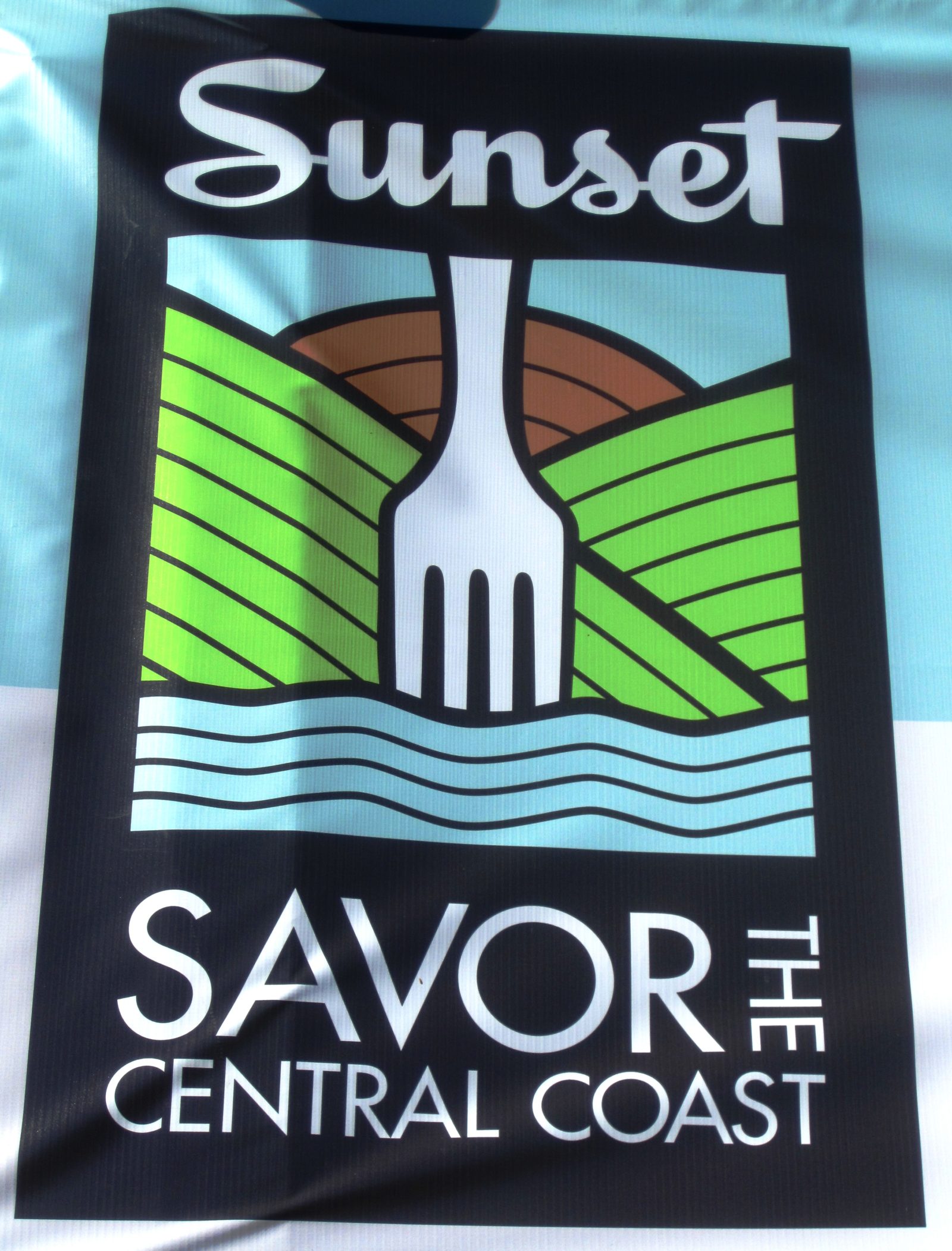 Food and Wine in Ranch Country

Sara Schneider, the Wine Editor for Sunset, moderated the gathering.  She told us how Sunset Magazine considers the five winemakers on the panel to be the top five Syrah producers in the world.

And there they were, eager, enthusiastic, and gathered in a hot tent on a stretch of sun blistered ranch land.  As always, California stays filled with surprises.

A Quick Spin Through North, East and Southern Europe