First a bit of news – weeks ago I had the fortune to be invited to Abruzzo in Italy to receive an international wine writing award (‘Parole di Vino,’ or ‘Words of Wine’) from Il Consorzio di Tutela dei Vini d’Abruzzo. Several of us, including Emanuele Gobbi (Spirit of Wine journalist), Giorgio d’Orazio (independent Abruzzo journalist) and Stevie Kim—Managing Director of Vinitaly International, received awards.

Abruzzo is gorgeous, and the quality of life there is yet untrammeled by hoards of visitors. 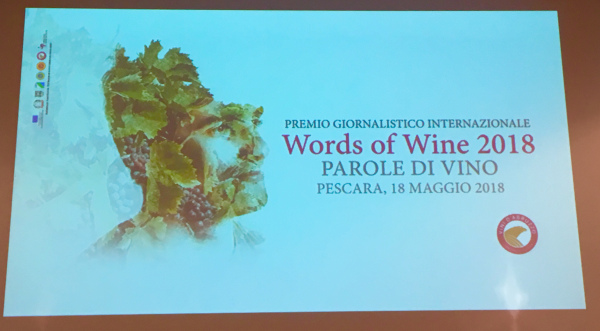 More splendid news: our Etalon Rouge wine was just named by the U.K. Independent newspaper as one of the ‘wines of the week,’ within the Top Ten ‘Esoterica’ bottles at the recent London Wine Fair. Huge News!

Sadly, however, a rapid and vicious hailstorm more than a week ago damaged a massive amount of grapes in the Blaye and Bourg wine regions where we live (Etalon Rouge, fortunately, was not impacted). Some vineyards were completely knocked out. When the damage is better assessed, I’ll provide more information.

Now, a little about life in France….

Recently, I got lucky with trains.

Fortunately, the rail transportation strike did not take place last Wednesday, although it did on Monday and Tuesday. ‘Lucky’ because that let me travel to Paris for an appointment. The railway strike, which has lasted for months, is still on. Schedules have evolved a pattern: roughly (though not always) three days of strikes are followed by two days of trains. This cycle repeats—endlessly.

This strike—la grève—affects terrestrial transportation arteries that impact daily lives of millions of commuters who rely on them throughout France. It will apparently continue for at least another month. Perhaps more.

A national airline strike has also been going on for months. Air France canceled flights by the bucketful. I recently walked into Bordeaux’s airport to catch a KLM flight and the terminal was a ghost town. Only one ticket counter was open. After checking in, the airport seemed to be all mine: empty coffee stores, ample seats, no check out line after buying the Financial Times and passing through security was a breeze.

Weeks ago I boarded a BA flight from Bordeaux to London. It was delayed for one hour—exactly—because air traffic controllers, not pilots, had decided to stage their own little strike. For one hour. At lunch time. Perhaps someone wanted more time for dessert and coffee? Although this had a minor impact on my schedule (I was late for a wine tasting—hardly a dire event) that was not true for a friend destined to Hong Kong via Heathrow for an important wine sales presentation. All because of a one hour strike. Ouch.

This is all part of life in France. Call it cultural. As with any location, there are benefits and pitfalls of living here. Certainly, wine here is inexpensive and delicious, police are rarely militant about whether you actually halt at a stop sign (and—bizarrely enough for the linguistically proud French—these are actually red, hexagonal and include the English word ‘Stop’) while the selection of cheeses at any market is dizzyingly attractive.

Americans often gripe of encountering aloof or snobby Parisians. This would not happen if they merely dropped a polite ‘hello’ or ‘thank you’ in French. The exception is not in the city, but in the countryside—if you attempt to get a seat (and food) at a rural restaurant at 2 pm. Otherwise, the French are disarmingly charming and friendly.

Here is what I love about France: watching female bicyclists in Bordeaux—elegantly dressed, casually insouciant and capable of navigating, with aplomb, narrow twisted alleys in the company of snorting vans and gnashing dump trucks, all while displaying kittenish and coy zeal, as though auditioning for a Vogue photo shoot. It’s art. 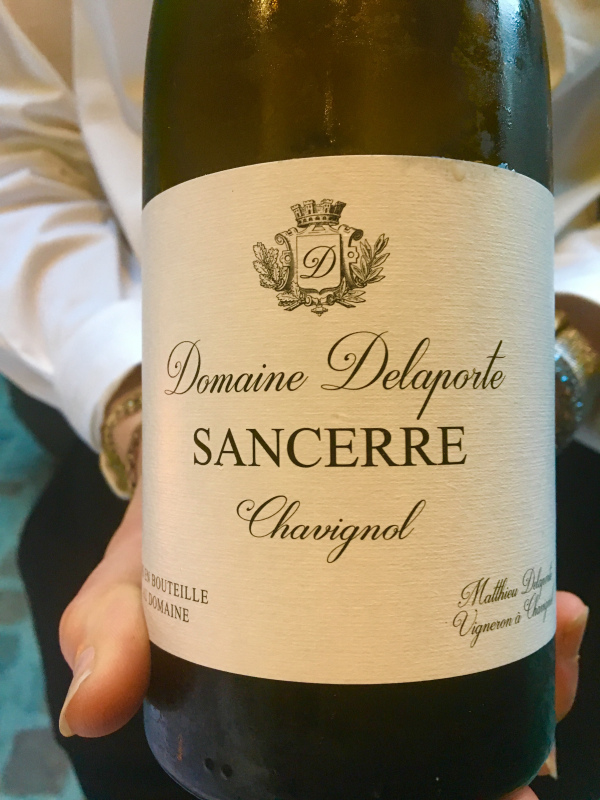 Also: boulangeries and patisseries (the two differ) with their sinfully fresh, artful concoctions laid out each morning before the parade of burly farmers, female fishmongers and suited lawyers who march in to order their quotidian share of pain raisin or campagnarde (a type of baguette) or endlessly woven layers of scrumptious mille-feuille. And those chocolatine aux amandes? Dangerously delicious.

There is also lunch.

More ritual than meal, really. Baguette and bottle of wine and perhaps olives, but at least olive oil. A cork pops from a bottle of rosé and conversations stream, then torrent while plates appear with steamed white asparagus and grilled duck (topped with a nodule of foie gras), or roasted veal or pasta with slivers of salmon sprinkled with turmeric or tarragon. Then more corks pop and the Rhône Valley red begins to flow.

The French also have time. 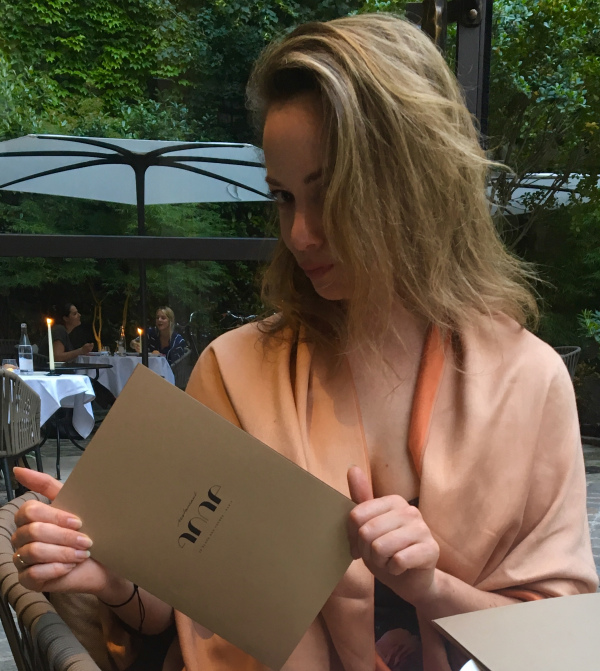 There is always time in France for conversation and friends. My friend Gabrielle is busy running her own wine consultant business: teaching classes, writing for Le Figaro, consulting for restaurants and appearing on a TV cooking show. Last week she booked dinner for us at a new restaurant, named ‘Anne,’ within a five-star hotel off Place des Vosges in the Marais (she prepared their wine list).

As always, when we met, she relaxed, never checked emails or took phone calls and instead engaged in witty, charming discourse over at least three courses and three bottles—Chablis, Bandol and Bordeaux—during a meal with digestifs that lasted, well, six hours (okay, a fourth bottle and the chef ended up at the table). Each time we meet, she has time. Like most French, she truly, irrefutably, inarguably and uncompromisingly has time for other people in this fleeting, precious, mysterious and limited concoction we call life.

My latest Forbes pieces are here, and include pieces about how biohacking may change the health industry, wines from the Canary Island, a Sotheby’s wine auction in London and white grapes you have likely never heard of from Abruzzo in Italy. And more about that Parisian dinner to come.

Finally, a quick video I shot on the island of Tenerife in the Canary Islands some weeks ago. I’m including this of Pablo Matallana because he produces excellent wines—though only 500 reds a year and 70 whites. At 10 Euros a bottle? A steal.

As always, thanks for checking in.

Just What IS ‘Good Wine’?

Why Gurus Are Obsolete And Brands Are For The Timid