I recently had the fortune to fly to Bangkok via Thai Airways from the vibrant city of Lahore, Pakistan.

During the redeye flight  there was a choice of four wines – and I chose two.  The white Terra Burdigala Bordeaux – 2009 (75% Sauvignon Blanc and 25% Semillon – a classic white Bordeaux blend) paired with the dinner of seared Atlantic salmon, fresh tarragon sauce, tossed spinach fettuccine, and roast veggies.  For dessert I halted the young lady wheeling the drink cart and asked her to load up the glass with the red Côte de Nuits-Villages 2009.  Wow.  Côte de Nuits on an airline flight?  Wish I had snagged the entire bottle and guzzled ’till landing.  Roll over, United Airlines.

Okay, let’s go back in time.

In June, 2011, Ian Fleming Publications Ltd. commissioned Jeffery Deaver to write the new Bond book titled Carte Blanche, which was then published by Simon and Schuster. 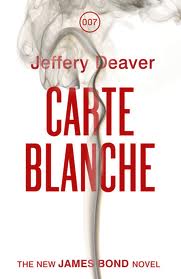 In the book, a young Bond (set in contemporary times) is working at the Ministry of Defense in London when he receives a mysterious handwritten invitation to have lunch at the Travellers Club in Pall Mall.  Intrigued, he accepts.  There, he eats lunch with an older gentleman named the Admiral who tries to recruit him as a member of either the Military Intelligence Section 5 (known as MI5), or MI6 (involved with foreign espionage rather than domestic UK affairs).  When the Admiral suggests that Bond select a wine, the young guest flicks through the list and suggests a French Burgundy – pointing to either a Côte de Beaune or a Chablis as the optimal choice.  Bond lets the waiter choose the exact bottle from these regions, and receives an Alex Gambal Pouligny Montrachet, which the author Deaver describes as, “the highest incarnation of the chardonnay grape”).

[The previous post tells about a little about Montrachet.]

Later during lunch, the admiral says, “There’s no shortage of Special Air or Boat Service chaps about who know their way around a knife and sniper rifle.  But they don’t necessarily fit into other, shall we say, subtler, situations.  And then there are plenty of talented Five and Six fellows who know the difference between” – he glanced at Bond’s glass – “a Côte de Beaune and a Côte de Nuits….but who’d faint at the sigh of blood…”

So, no – knowledge of wine will not make a hero.  Delta Force or SAS training appears to be in order too.

Before we go back to Bond (and then to Bangkok), here is a quick reminder on Burgundy wines. Basically, almost all Burgundy white wines originate from the Chardonnay grape, whereas Burgundy reds are made from the Pinot Noir Grape.

Back to Bangkok.  In 1974 the ninth James Bond movie, The Man with the Golden Gun came out.  It included a Bond car chase scene in the hinterlands of Bangkok with an until-that-moment-vacation-taking sheriff  named J.W. Pepper – who happened to have run into Bond in the previous movie Live and Let Die, where Pepper worked as a tobacco chewing Louisiana sheriff.

So, there was Bond.  In Thailand.  The memory of which was good enough reason for me to ask the polite cart lady for a top-up on the Côte de Nuits.  Which she obliged to with a polite smile. 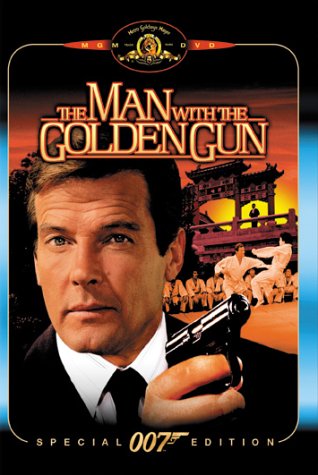 In the scene where Bond offers the woman Goodnight a visit when he returns from a dinner, she tells him, “I’ll keep the wine properly chilled,” to which Bond replies, “And everything else warm, I trust?”  As the Irish would say, what a Chancer.

Now back to an earlier Bond where wine helped keep our hero, Sean Connery, alive.  The classic scene that taught generations about pairing food with wine is in From Russia with Love, when actor Robert Shaw plays a blonde haired Captain Nash who shares dinner in an Orient Express train dining car with Bond.  Nash keeps speaking with a crisp Etonian accent and calling Bond ‘old boy’ (or was it ‘old chap’?).  Later, when Nash is unmasked as an impersonating fraud and the men are about to scrap in one of the sleeping carriages, Bond says, “red wine with fish.  Well, that should have told me something.”

This scene is dear because my father spent an afternoon playing golf with Robert Shaw on a course in County Wicklow, Ireland.  There was little Hollywood or Pinewood glamour involved.  It probably rained all the way to the clubhouse pub.  (“He was quiet,” my father recalled.  “Didn’t say much”).

In the 1971 movie Diamonds are Forever (which included multiple Blofeld bad guys, a diamond studded laser amplifier, various Vegas adventures and Bond in Baja) – the final scene shows our triumphant agent enjoying a cruise with his new redhead girl – Tiffany Case.  As they recline on the deck of a private cruise at dusk, two baddies wheel out a sumptuous meal served on silver platters.

“There must be some mistake,” Bond replies, wearing a bow tie.

“No mistake sir,” replies Baddie One, assuring him the meal was sent on specific instructions.  “Oysters, prime rib du jour.”

He opens the cork with a compressed air gadget.   Bond sniffs the cork.

“The wine is quite excellent,” 007 declares.  “Although for such a grand meal I had rather expected a claret.”

“Of course.  Unfortunately our wine cellar is rather poorly stocked with clarets,” the round faced villain serving our agent declares.

Bond, suspicious, then says, “Mouton Rothschild is a claret.”  (‘Claret’ is colloquial British for red Bordeaux.)

At this point, alerted Bond barbecues one of the baddies with shish-kebab ignited booze, then throttles the other, chucks him over a rail into the ocean and blows him up with a bomb smuggled in by the villains in the dessert.

See?  Grave is the danger of not knowing the meaning of claret.

Ribs, Shiraz, and a Mystery