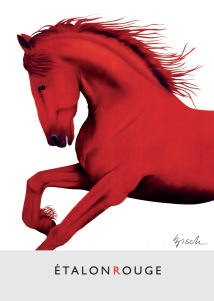 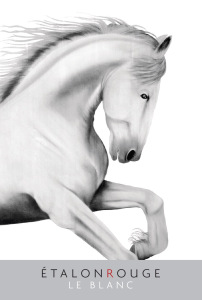 Etalon Rouge is French for Red Stallion. I recently became a shareholder in this unique, off-grid, Bordeaux wine.

Although still young, the 2015 red and 2016 white wines still drink rather well now. The 2018 appears fantastic! You may want to decant the red for half an hour, or drink it slowly to let the aromas and tastes develop in the glass.

Our vineyard plot is located in the small, sleepy commune of Fours (population 319) on the right bank of Bordeaux’s Gironde estuary. It is only one hectare (2.5 acres) in size. The terroir is excellent.

Before our group of 10 shareholders purchased this property, it was owned by renowned French artist Thierry Bisch, who is a neighbor in the nearby town of Blaye. Thierry painted the logo images on the bottles, and is currently working with Prince Albert II of Monaco on a series of paintings of endangered wildlife species (several of us attended his art exhibition in Monte Carlo a few years ago). The image of the Red Stallion on the label now belongs to Etalon Rouge wine. Apparently the prince may order gift boxes of our wine to send to his friends for the annual holidays.

Before Thierry owned the vineyard it belonged to the well-known French comedian Gerard Depardieu, who then produced a wine called Confiance.

Until he passed away our consulting enologist was Denis Dubourdieu, one of the top winemakers in the entire Bordeaux region, as well as a professor at the University of Bordeaux. Dubourdieu had convinced his friend Bisch that the vineyard parcel had such unique characteristics within the region that he should produce wines only from single grape varieties for both red and whites. Because appellation regulations insist that Bordeaux wines be made from a blend of at least two grapes, these single-variety wines are unique, and therefore classified not as Blaye-Côtes de Bordeaux, but as Appellation Bordeaux Contrôlée.

We had the serendipitous fortune to be introduced to a replacement enologist, Christian Prudhomme. This energetic and vivacious man has consulted for some of the best wineries in the world, including Bordeaux’s Château Mouton Rothschild and Château Y’Quem, as well as for Opus One in Napa Valley, a collaboration between American Robert Mondavi and Philippe de Rotchschild from Bordeaux. Prudhomme still consults for top domaines in Burgundy, the Rhone Valley, the Languedoc and Bordeaux.

Recently billionaire Jack Ma of the Chinese company Ali Baba bought a rather stately château across the valley from our vines. Whether or not he retains ownership is uncertain, but his move here will undoubtedly change the perceived value dynamics of local wines within the coming years.

We recently constructed our own new winery on Rue Saint Simon in Blaye. This is the first—and only—winery and tasting room within the town. 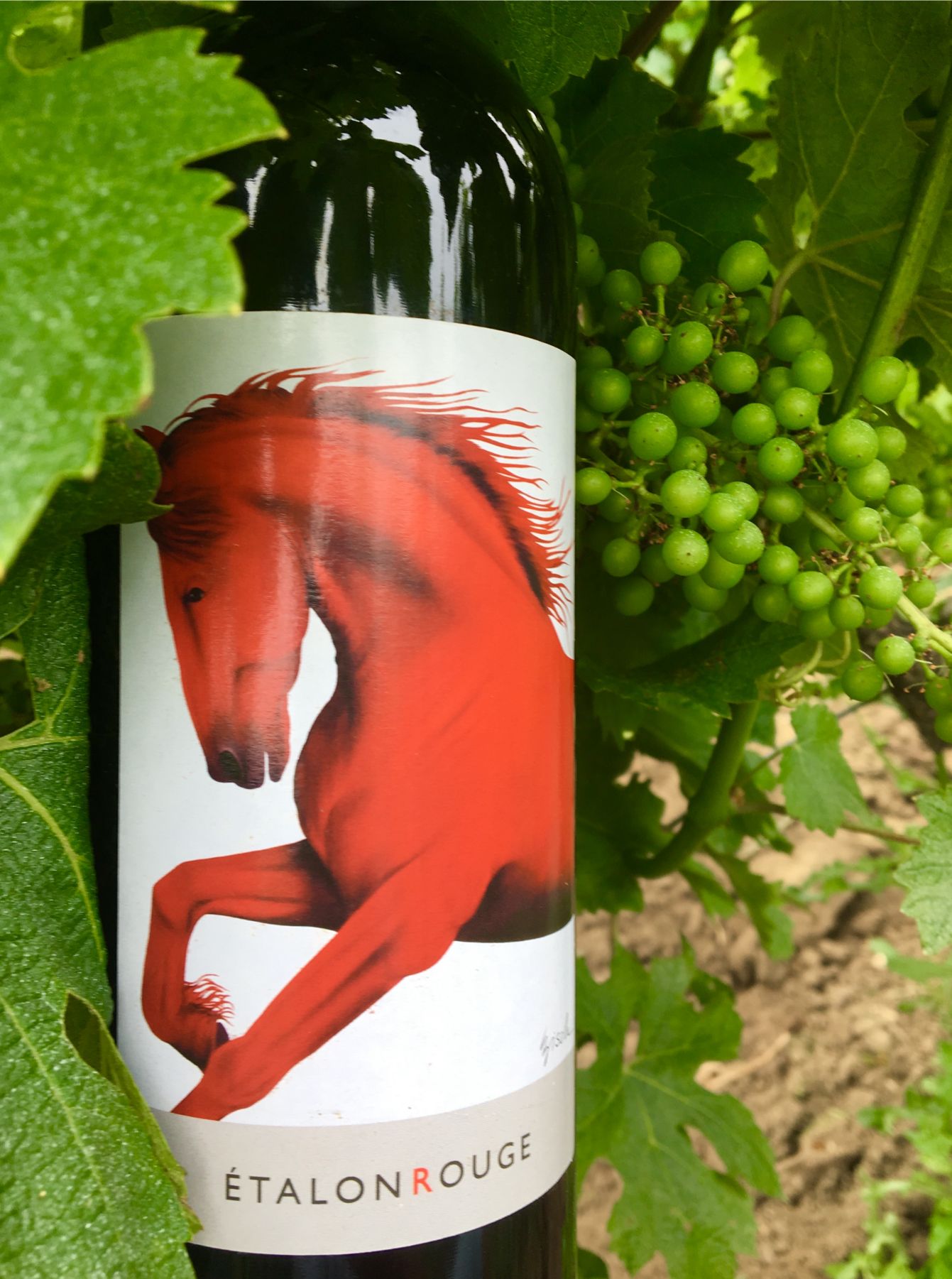 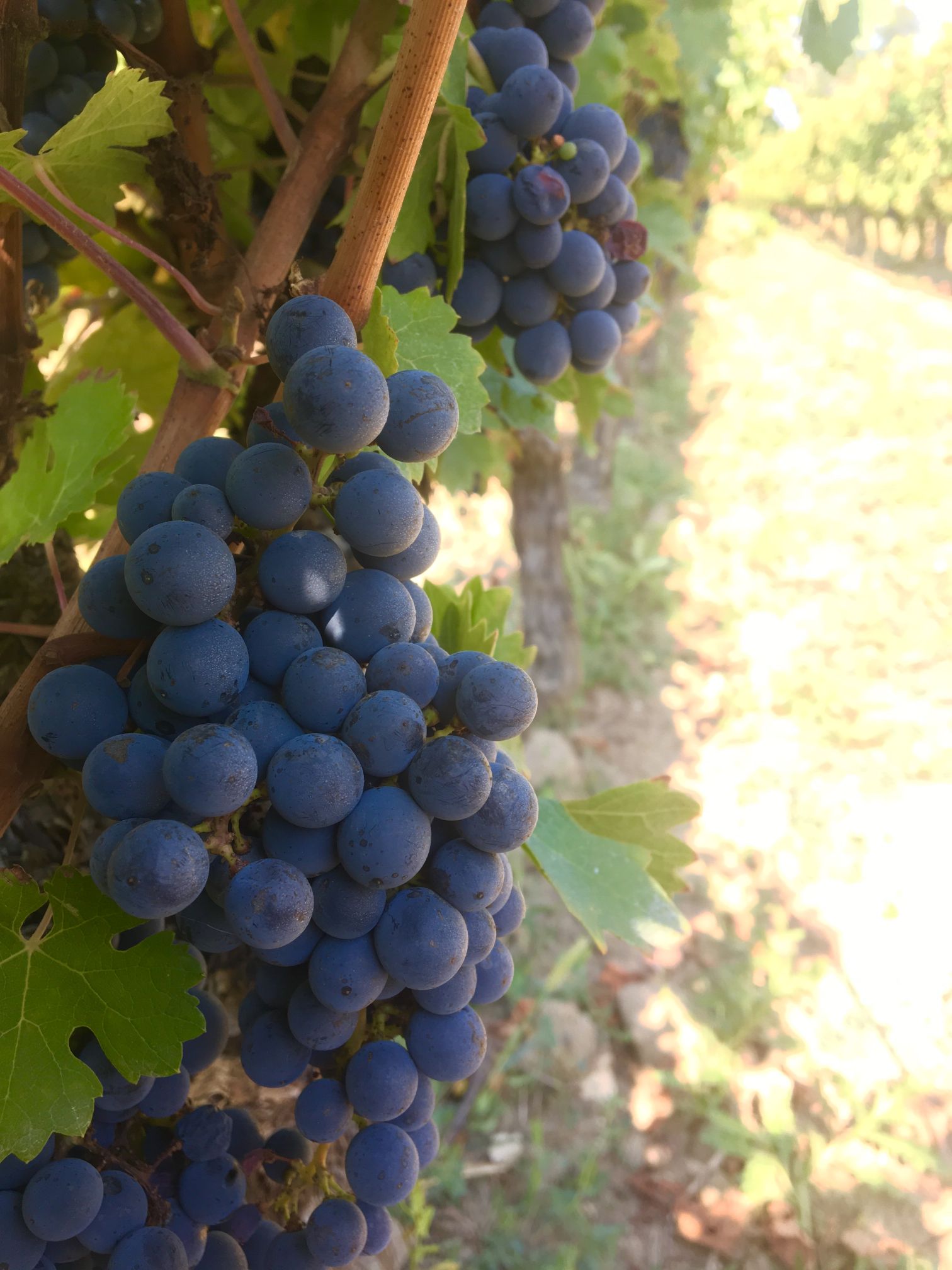 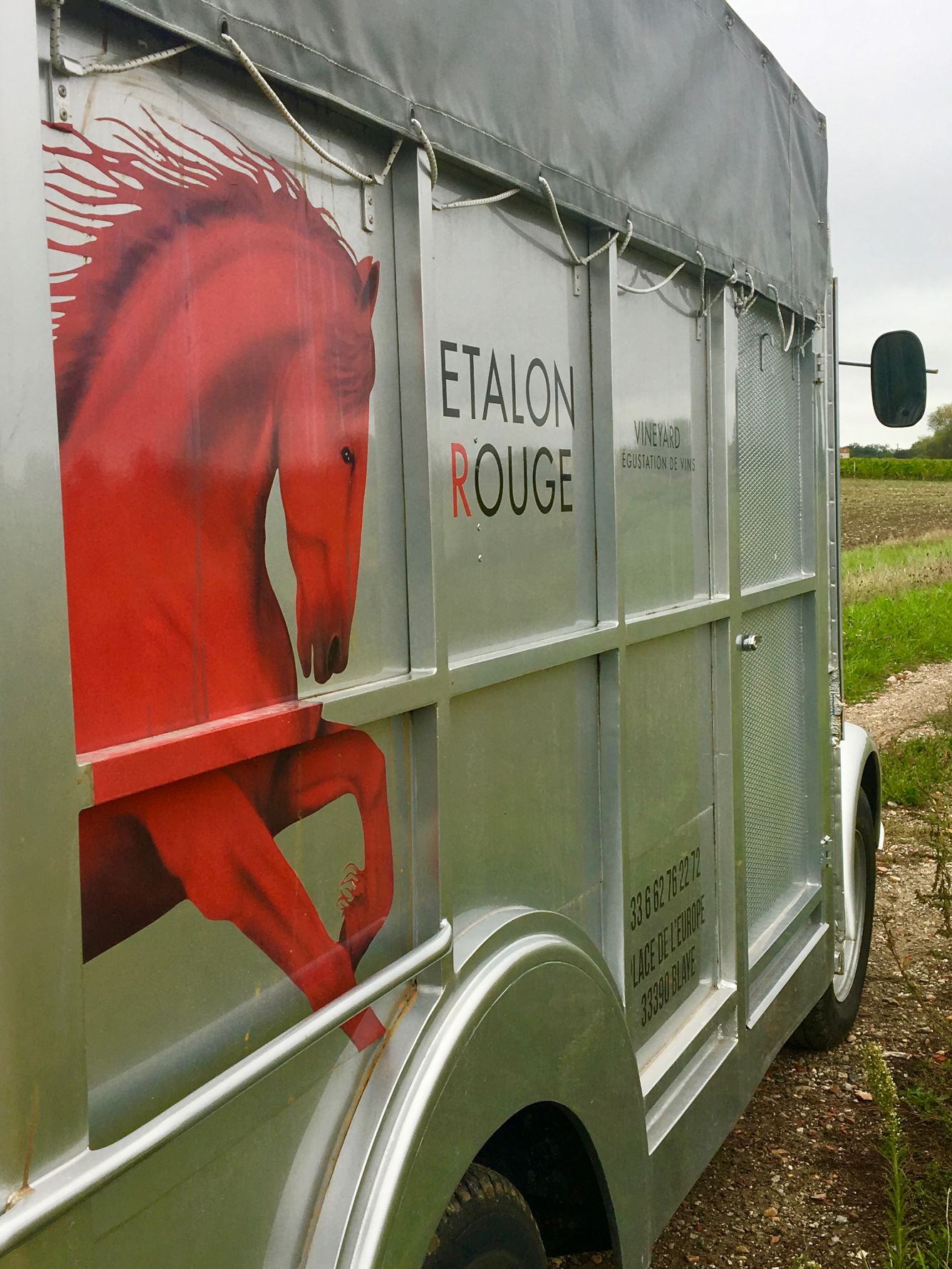